Beverley has been working with abandoned and orphaned children since 2002. She was originally the manager of the Oasis Haven Home from 2002 to 2004. Working at Oasis and coming to understand the enormity of the orphan crisis led her and her husband to adopt their two youngest children. She is qualified as a Master Trainer for the Alternative Parenting Programme, which is a university accredited certificate through Monash University, enabling her to train prospective foster and adoptive parents and currently runs both the Adoption Discovery and Journey to Adoption Programmes as well adoptive parent support groups for Oasis Haven. Beverley returned to Oasis Haven in 2009 to implement and oversee adoptions and to manage the Family Homes. In 2015 she became the Managing Director and works closely with the team ensuring that the needs of the children are met on all levels. In 2017 Beverley graduated with a Bachelor of Social Work.

Adrian is a business owner in the field of Online Media with 10 year’s experience, having previously worked in the field of engineering as a Project Manager for 11 years. He has also served on various boards and has a heart to serve God and His purposes, one of those being the orphans of this world.

Chris is an IT Manager in the insurance industry and has some 25-years industry experience. He has been supporting Oasis Haven for a number of years and has a strong desire to see it running with excellence and from a sound financial platform that enables the vision of those called to care for precious children entrusted to Oasis Haven. Chris serves as a non-executive board member.

Darryl currently works in property development and building construction, after completing his Architectural studies at Wits university in 2008. Darryl and his wife have four fantastic children, which two are from Oasis Haven. Darryl has a strong conviction that every child deserves a family. And is passionate and proud of Oasis Havens mandate and achievements.

Tamara is a freelance journalist and the founder of Word Chef, which assists organisations in using communications to achieve their strategic goals. She has written on topics spanning wireless telemetry to taxidermy, and has been published in The Financial Mail, Destiny magazine and South Africa Deluxe, among others. She lectured in journalism at Midrand Graduate Institute, winning a 2013 Teaching Excellence Award. Tamara is part of Oasis Haven’s big brother and big sister programme and joined the board in 2014. She believes that caring for the fatherless is a central biblical theme and that the church is called to spearhead social justice in a practical and loving way.

Tshepo is an operations manager in the hospitality industry. She’s been in this industry for over 15 years. She’s a mother of 3- 1 girl and 2 boys. She’s passionate about children and providing a loving and nurturing environment for them and this led her to adopting a little boy in 2016. She joined the Oasis Haven board in 2018.

Laura graduated from the Eller College of Business at the University of Arizona with a degree in Business Administration. From a young age she has been involved in non-profit organisations such as the Salvation Army and Rady Children’s Hospital. In college she held the position of Philanthropy Chair for her sorority and organized several fundraising campaigns for the Giving Tree in Tucson, AZ. Laura has worked at Union Bank since 2007 initially as a Financial Services Officer and currently as a Senior Priority Banking Relationship Manager. She is currently involved with the Rancho Bernardo Sunrise Rotary Club and is a member of their international service committee. In 2010 Laura started and is currently leading the Young Professionals Auxiliary Unit for Rady Children’s Hospital.

Paula graduated with a BA in Business/Economics from Westmont College. Having raised three children, she now focuses her efforts on community development and volunteerism. Historically, Paula has served on local school boards and associated organisations. She has faithfully participated in Salvation Army activities for many years and has been an active member of Rady Children’s Hospital Auxiliary for sixteen years. In 2009 she became involved with local foster homes in San Diego County expanding her passion for our world’s orphans.

Lori taught as a public school Kindergarten teacher for 25 years. She previously managed the nursery program at the Church at Rancho Bernardo and is currently managing their Midland Diego Junior League. She has a long standing history of nonprofit involvement, including work with Always Positive and Rady Children’s Hospital.

David is currently the pastor to Youth & Families at South Shores Church in Dana Point, California, with over 24 years of youth ministry experience. He has a BA in Religion from Azusa Pacific University, an MA in Christian Education from Talbot Seminary, and is in the process of getting his PhD in Christian Education from Talbot Seminary. In addition, he is the associate professor of Christian Ministries at Biola University and the Chaplain of the Orange County Fire Authority. David worked with Acres of Love Children’s homes in Johannesburg, South Africa for 4 years with a focus in fundraising and leading mission trips. In 2009 Dave and his wife Debbie adopted Mfundo from Lily of the Valley Children’s Village, located in Mpumalanga South Africa, 40 miles outside of Durban. They were the first American family to legally finalize an American adoption in South Africa under the new Hague guidelines.

Debbie has been a volunteer and mentor in youth ministries for over 22 years focusing on junior high, high school and college age students. In addition, she has served as the Youth Ministries Secretary at South Shores Church for the last three years. She is also a leader and mentor for the Lead 222 Wives of Youth Pastors. In 2009 Debbie and her husband Dave adopted Mfundo from Lily of the Valley Children’s Village, located in Mpumalanga South Africa, 40 miles outside of Durban. They were the first American family to legally finalize an American adoption in South Africa under the new Hague guidelines. 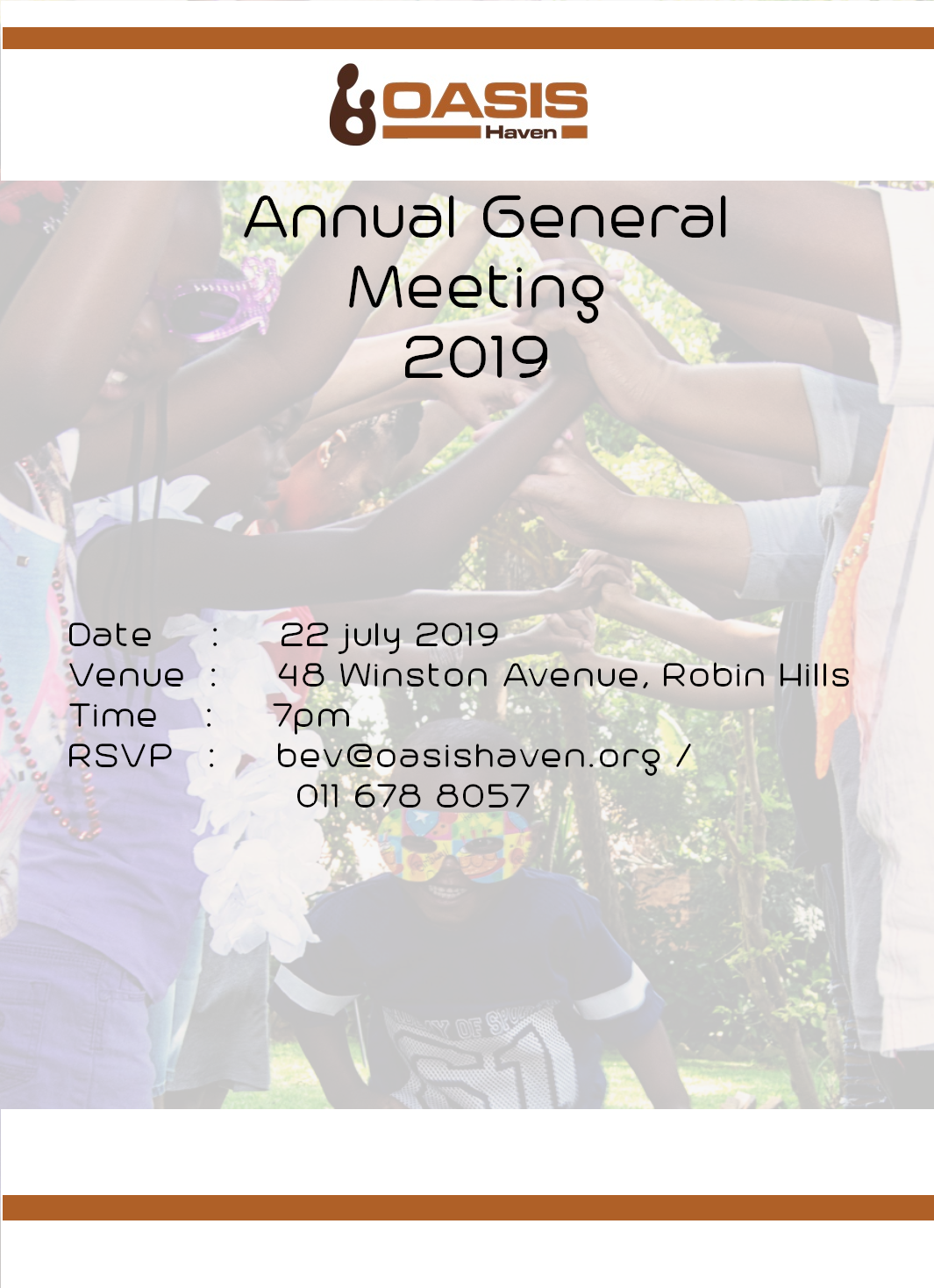